In June 2017, Global Cause launched a special initiative to raise funds to support women scientists who join our panda project. We think it’s important to encourage their participation not only so we attract the best people, but also as a way to open up new opportunities for women in both China and the United States.

We began this Global Women in Science Initiative with a contribution from the newly created Laurie Spotila Fund. Here is the June 2017 announcement from Dr. James R. Spotila about the Fund:

Laurie Spotila was a scientist, science writer, wife, mother, grandmother, and a true champion of undergraduate and graduate women in science. She earned her PhD in molecular biology at a time when women were vastly under-represented in STEM graduate programs and science careers, and she did it while also raising two children. Among her many discoveries were the origin of replication in the SV40 virus, the genetic basis of osteoporosis and collagen disease, and insights into the molecular basis of temperature dependent sex determination in turtles. During her work in multiple laboratories and her later career as a science writer, Laurie mentored and encouraged many female early career scientists and colleagues working on molecular biology, genetics, animal ecology, and conservation. She understood the biases and difficulties that women face in science, but she was an example of persistence through career and family challenges.

Despite the many advances towards gender equality in STEM careers, women in the United States remain underrepresented and underpaid compared to their male counterparts. In a climate of increasingly scarce research funding, women are unlikely to close this statistical gap without help. Former students, including Dr. Annette Sieg, suggested that we have a permanent way to continue Laurie’s efforts to support early-career women scientists.

To honor Laurie’s contributions to science and her commitment to women in science, I am starting the “Laurie Spotila Fund” for the “Global Women in Science Initiative” of the Global Cause Foundation. This Fund will help women scientists who are studying giant pandas, Laurie’s favorite animal, in China. It will be administered by The Global Cause Foundation, a 501(c)(3) nonprofit which has been supporting a project to reintroduce giant pandas, raised in captivity, into the wild. Female undergraduate and graduate students and post-docs working in ecology will be eligible for financial support from the fund to cover travel, living expenses, and other research needs.

Here is a picture of Laurie and some of the women in our lab from happier times, along with photos of Ramana Callan (below), one of the Global Cause post docs in Chengdu, and of two women undergraduates from Drexel University who just completed a research stay with Rama in China.

If you would like to make a tax-deductible gift to the Laurie Spotila Fund, please send a check made out to the Global Cause Foundation to the following address: 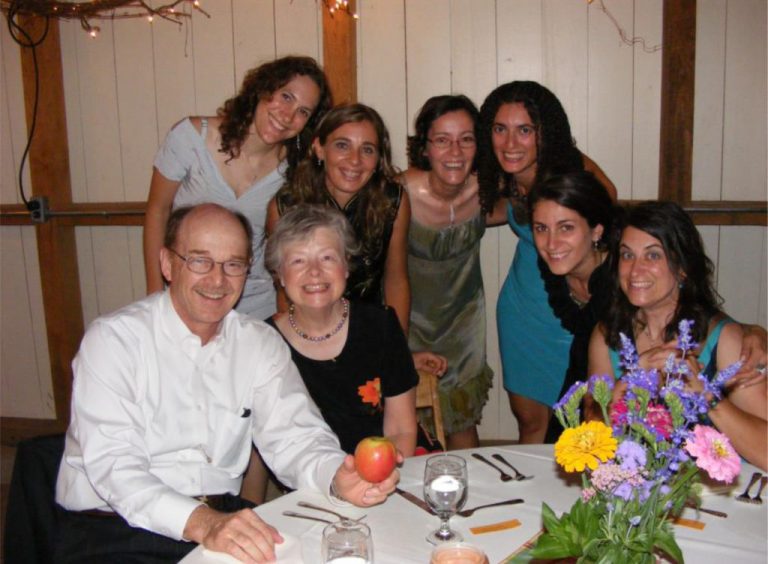 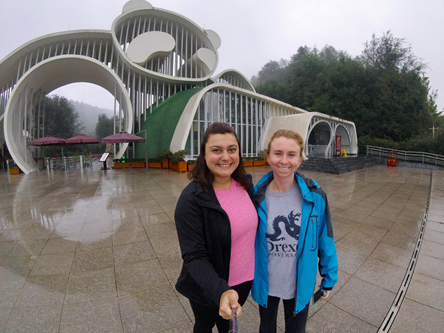 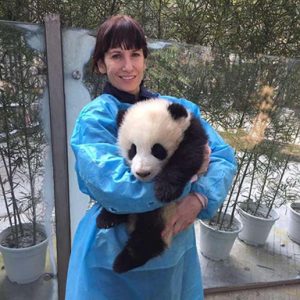 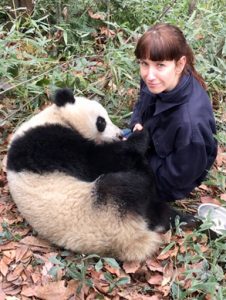